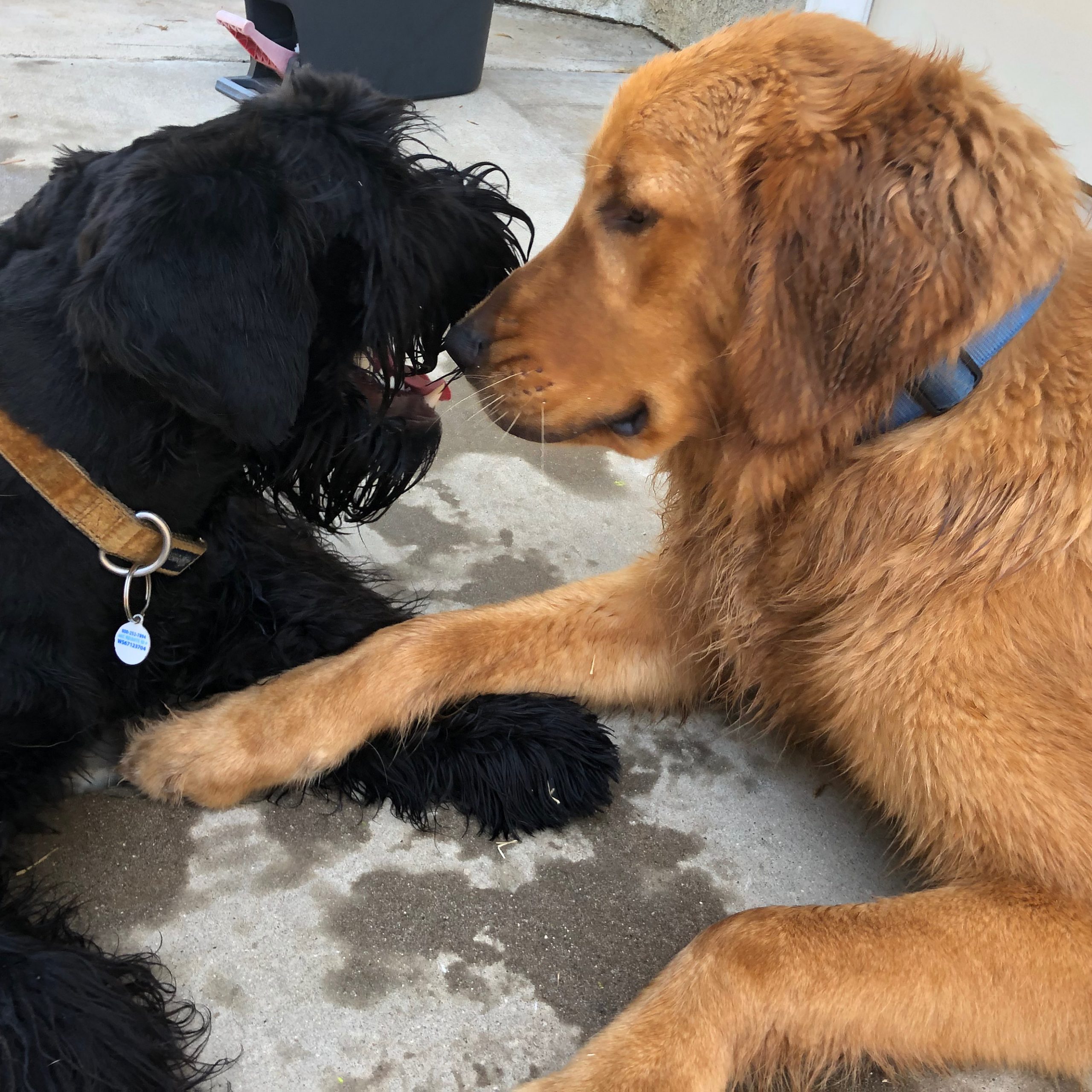 What is the best way to stop a dog fight? By preventing a dog fight in the first place.

Recently two dogs in a local park were going at it, and their people were trying but couldn’t separate them. I was nearby and had success with my Spray Shield citronella stream. I just blasted the dogs in the nose, and they sputtered and walked away. I do think they were far less affected by the incident than their humans–no one was injured, though one woman was on the ground by the end, exhausted.

Why would the dogs even get into it? Most dogs aren’t itching for a battle. They’d rather grumble a little to warn another dog that she’s being a jerk and have the other dog listen and walk away. Confrontation is not their go-to most of the time. In this case one dog was out for a walk on leash, and the other dog–you guessed it–was off leash. The off-leash dog had just greeted another on-leash dog by placing her head on the back of the dog and didn’t seem to aggravate that one much. So when the next dog came along, the off-leash dog tried the same very pushy behavior–and this on-leash dog told her off by biting and holding on.

So we don’t care if your “dog is friendly,” GET HER ON LEASH because other dogs shouldn’t have to put up with her dopey communication skills. Being restrained when some butthead comes running up to you is NOT FAIR.

The best way to break up a dog fight is to avoid it. Don’t let your nicely on-leash dog greet dogs you don’t know. I wouldn’t run up to a strange person’s car window while they’re in their seat belt; it’s just asking for trouble. “Hi! Hi! My name is Robin! Want to be my friend?” Give dogs their space. Everyone has the right to a peaceful walk in the park (here it was illegal not to have your dog on leash). Mind your beeswax. Make sure your dog has a solid, solid recall and comes when called no matter what.

Be careful trying to break dogs apart because your hands near their teeth are bound to get fierce bites when emotions are high. You should be able to twist the collar of a dog holding on: cutting off the air flow may be just the trick in getting a release. That old trick of “wheelbarrowing” your dog’s back legs probably won’t do a thing and you might just get bit, too. If a dog latches on when he bites, pulling him that way is likely to cause even more damage to the other dog. Some people have even put their finger in the dog’s anus, but I am glad to admit not to have tried that.

The citronella spray was sufficient this time. It just smells weird and startles the dogs so you can seize the moment and take them apart. The Pet Corrector air spray might even work on some dogs bc the sound is so loud. A hose if handy can also work. I will protect my own dogs at all costs, but if you injure someone else’s dog, people may become litigious…..

The easiest way I’ve sent off-leash dogs packing when I was worried? Quickly throwing a fat handful of treats right at the dog’s face and then turning my dogs and me around and going the other way. Most dogs would rather eat cheddar than Chihuahua. Stay safe out there!

fantastic info. Thanks for this

This site uses Akismet to reduce spam. Learn how your comment data is processed.